(Feb 23, 2018) The Associated Press reported today that Florida Governor Rick Scott, as part of his proposal addressing the February 14 shooting which killed 17 students and staff at Marjory Stoneman Douglas High School in Parkland, has called for Active Shooter Training in all Florida schools!!

O’Gara Training and Services is a worldwide leader in the safety, security and survivability training business and provides Active Shooter Response Training (ASRT) tailored for most needs.  Have your family, organization or agency be prepared with the best Active Shooter Response Training (ASRT) training program offered in the nation. ASRT is taught in five comprehensive and specialized modules including scenario-based exercises. Depending on the client’s wishes we can train at our facility or provide mobile training teams to your locations.

If you are a school board, college or university looking for immediate information on Active Shooter Response Training or other consulting on increasing the safety and survivability for your teachers and students, contact us for an immediate response at pr_inquiry@ogaragroup.com 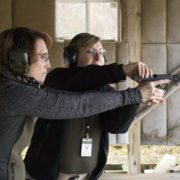 Montross, Va. (Dec 3, 2017) – As a direct response to the United Nation’s estimate that 35 percent of women worldwide have experienced violence by a non-partner at some point in their lives, O’Gara Training and Services (O’Gara) has launched the Women’s Safety and Security (WSS) Program. 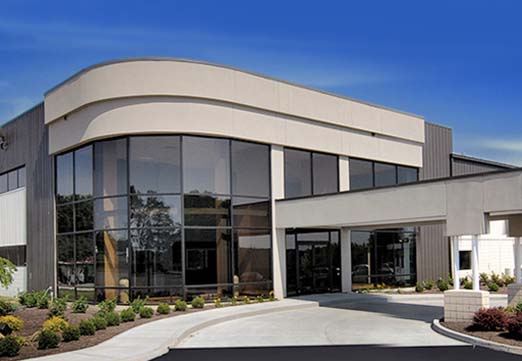 Cincinnati, OH (August 23, 2017) –The O’Gara Group, Inc., a diverse provider of security and defense products and services, announced a major expansion of the company’s facilities, adding over 100,000 square feet of manufacturing and office space in a new location near the company’s West Chester, Ohio facility. “This additional space provides significant capacity to meet and exceed our customer scheduling requirements while maintaining the highest levels of product quality,” stated Michael Reynolds, General Manager of O’Gara Armoring. O’Gara is also expanding in the Washington, DC region, adding a new administrative office in Chantilly, Va. that will enable hiring sales and managerial talent closer to the company’s governmental customer base in the DC area.

“We view our expansion in both the Ohio and DC regions as a testament to our success over the past year,” explains Ted Wright, Chief Executive Officer of The O’Gara Group, “and it reflects our commitment to continued growth by offering the highest caliber of armored products and training services to meet the missions of our expanding and important customer base.  We are also proud of our support to the community as an employer, hiring over 150 new employees in 2016 and on track to hire an additional 150 employees in 2017 to service our customers.”

The O’Gara Group also announced the departure of Bill O’Gara, Vice Chairman, who was a founder and has held multiple leadership positions in the company over the years including President and Chief Executive Officer.  Mr. Wright states, “We are saddened by Bill’s departure but are excited for him as he pursues his next opportunity and excited for The O’Gara Group as we continue to build on the foundation that Bill forged. Although Bill is no longer affiliated with The O’Gara Group or any of its subsidiaries, we wish him great success as a continued visionary in our industry.”

The O’Gara Group operates domestically and internationally through two divisions: O’Gara Training, located 90 minutes southeast of Washington, DC and O’Gara Armoring, located near the city of Cincinnati, Ohio. O’Gara enables its customers to effectively protect and preserve lives and assets by providing passenger and military vehicles with integrated ballistic and blast armor as well as offering comprehensive security and counter-terrorism training.

Media requests should be sent to pr_inquiry@ogaragroup.com

MONTROSS, Virginia (July 19, 2017) – O’Gara Training is pleased to announce the successful hosting of Beretta Tactical Summit at O’Gara’s training center, located in Montross, Va.  “We are excited to host Beretta for their Tactical Summit 2.0 event,” stated Kelly Dollins, Vice President and General Manager of O’Gara Training. “We appreciate the recognition our staff and facility have received by Berretta, a world leader in their field, for choosing our site a second time to meet their training and demonstration needs. O’Gara Training will continue to perform at the highest level to meet the high standards of Beretta and other commercial companies with complex training needs. We are overwhelmed by the response we have received in the training community”

Per Clay Martin of gunsamerica.com, “O’Gara employs some outstanding driving instructors, as good as I have ever seen. It is amazing how fast and agile the old-school Crown Vic with the police package performs. I teamed up with Guns & Ammo editor Eric Poole, who has played this game before as well, for my driving partner. Somehow we managed not to total our car, though one of us did skid off the track in a 720-degree turn.”

Additional public articles regarding this event:

Beretta (Fabbrica d’Armi Pietro Beretta S.p.A.) is an Italian company that has earned international status for its high-tech content, performance and for the Italian style that distinguishes its products. Beretta’s output is approximately 1,500 Firearms a day and covers just about the entire range of portable Firearms.

O’GARA Training is a Virginia-based international training company that empowers individuals and organizations to mitigate risk and respond to threats in a complex world by providing innovative safety, security and survivability training.  O’Gara’s state-of-the-art facilities and experienced instructors provide an ideal training environment for corporations, Government agencies and Non-Government Organizations (NGOs) from around the world that rely on O’Gara to meet diverse requirements, from personal safety and leadership to high-performance driving and tactical live-fire.

Media requests or training inquiries should be sent to pr_inquiry@ogaragroup.com.

Check out our brand new Training With the Best! Video featuring our top instructors going over some advanced driver training.